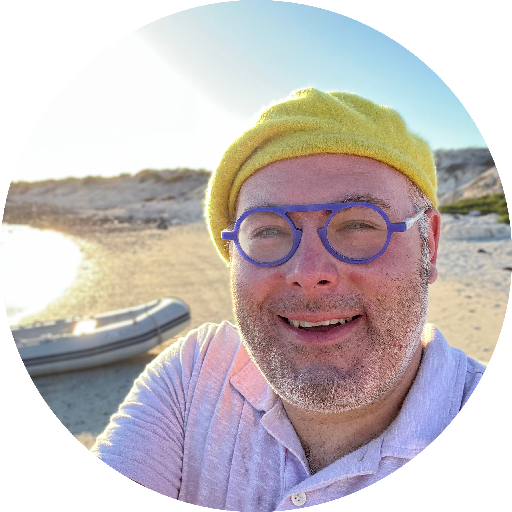 With over 15 years of leadership experience and the founding of two non-profit organizations, I look to use my skills and connections to create large impact for positive change.

Founder - Makers on a Boat

Working on bridging the digital divide between makers and boaters in the United States and Mexico. Working with these communities as well as artists and teachers in underprivileged communities to design curriculums so that students can learn how to go from an idea to a product using new technology.

Co-Founder / Vice President of the Board - Nation of Makers

Nation of Makers was created by President Obama to support alternative pathways to education.

One of eight chosen by the Obama White House to transition its Nation of Makers initiative into a stand-alone non-profit organization. Helped select and hire our executive director.  Support the full range of organizations that impact makers by encouraging connections, broadly sharing resources, facilitating funding opportunities, engaging in policy development, and advocating for the maker movement. Help maker organizations amplify the passion, innovation, creativity, and diversity of the maker community, to maximize both local and global impact.

Help produce and hold a yearly conference hosting over 400 makerspace leaders from across the United States.

Nation of Makers goal is to build a society where everyone has access to the tools, technologies, experiences and knowledge to make anything and thus create a thriving, connected, and inclusive community of practice where collaboration fosters a culture of abundance.

During the pandemic, we partnered with Open Source Medical Supplies to bring together over 42,000 individuals and 1,869 response groups to create Personal Protection Equipment (PPE) for hospitals, medical staff, first responders and more. Over 48,000,000 pieces of PPE created worth over $271,000,000 was created in over 86 countries. During this process, we worked directly with the FDA to have new designs of PPE tested and approved for emergency use on the fly.

Orchestrate teams for outreach, layout, funding, volunteer coordination, and more. Have grown events by over 15% each year. Place on average 150 artists and makers per event. Launched a "Producer in Residence" program at Maker Faire Orlando that brings in directors of other faires to learn and share knowledge. This program has been adopted by many faires. Co-wrote an open source website for capturing applications to the events. Have produced over 16 faires across the United States.

IT Consultant - Cranston IT

Board of Directors - Millvale Library

A community center that features Pittsburgh’s first tool lending library as well as a makerspace. Supported the executive director, staff, and the board to oversee the direction of the library. Worked with the makerspace director to write curriculums for use in the space as well as in high schools. Searched for opportunities for grant funding and community outreach.

Rebuilt HackPGH, Pittsburgh's first makerspace so that it yielded a ten fold increase in revenue and a sustainable ecosystem. Grew the community three fold and more than doubled it's space and tooling. Drafted training and curriculums for classes.

Charted outreach and external events with local and national organizations such as hosting a National Manufacturing Day conference in 2017. An event attended by the City of Pittsburgh and the Secretary of Pennsylvania.

Chaired an initiative with local government to rebuild a city park in an underprivileged area, changing it into a smart park. This park included charging for devices and a mesh WiFi setup that provided unabated high speed internet to all who came. Art was a component to the build. We worked with the local residents letting them create parts of the art that was installed.

I have been sailing around the Sea of Cortez since March of 2021. It's been spectactular visiting remote places, connecting with others, and sharing knowledge.

I enjoy digial design and often design things for myself and share them for free with the world.

I consider myself an amature musician. I currently play the piano, violin and guitar. I often play at open mics and jam sessions. I'm starting to learn how to play the theremin.